The storied past of Richmond, Virginia can stir the full range of emotions, and as the city’s history continues to be written, Richmond Region Tourism is using Tourism Sentiment Index to track the destination’s reputation and to make informed decisions about if and how to respond to current events and external influences.

Richmond, Virginia, blends city and outdoor experiences to near perfection. It is the only urban area in the United States that has Class III whitewater rapids running through downtown. A visit to Richmond likely includes exploring the surrounding towns and natural spaces. Richmond Region Tourism (RRT) is the destination marketing organization (DMO) that supports tourism for the counties of Chesterfield, Hanover, Henrico and New Kent, as well as the city of Richmond, the city of Colonial Heights and the town of Ashland.

The region covers an area on the east coast of the United States that was part of the Powhatan Confederacy, which was organized throughout the 1500s from Indigenous groups that had been in the area for 12,000 years. English colonists arrived in what is now the state of Virginia in 1607 and stayed near the site of modern-day Richmond from 1609 to 1611. By 1737, Richmond was founded.

In the centuries that followed, Richmond was the scene of a long line of important events and the birthplace for many notable Americans. Patrick Henry gave his “Give me liberty, or give me death” speech in Richmond in 1775, which spurred Virginia and neighboring colonies to join the Revolutionary War. In 1780, Richmond became the capital of Virginia, now a state and no longer a colony, under Governor Thomas Jefferson, who also designed the capitol. In 1811, Edgar Allan Poe came to Richmond as a child, and by age 26, he worked there as a literary critic and got married, before moving to greater fame in New York City. In 1861, Virginia seceded from the United States, and Richmond became the capital of the Confederate States of America. After the Civil War, Richmond was rebuilt and grew, making it one of the most populous cities in the southern United States by the early 20th century.

Today, Richmond is the 100th largest city in the United States and has quite a few famous locals, including Shirley MacLaine, Arthur Ashe, Constance Wu, Vince Gilligan, Aimee Mann and D’Angelo. Richmond has also entered another chapter of American history. For its reporting on the widespread protests against racial injustice in 2020, National Geographic featured Richmond’s 60-foot monument for Confederate General Robert E. Lee on its January 2021 magazine cover. At the time, Richmond was among many U.S. cities with monuments that were deciding what to do with public installations that recognized Confederate leaders whose efforts were aimed to retain slavery. With its history tied to the Confederacy and its Lee monument still in place (removed in September 2021) and featured in a national magazine, Richmond came into focus for discussions about racial injustice.

Mike Ritchie, Senior Digital Marketing Manager for Richmond Region Tourism, works diligently with analytics to inform RRT’s team. In early 2021, Ritchie monitored the data from Tourism Sentiment Index to understand how perceptions of Richmond may have been influenced by media coverage and social media conversations after the National Geographic issue was published. He found that sentiment remained largely neutral. Important discussions around racial injustice were happening, but they did not translate into strong negativity for the city as a tourism destination. As a result, RRT did not enact a specific response.

“If we didn’t have that yardstick, we wouldn’t know. We could have been panicking and coming out with a campaign saying Richmond isn’t as bad as you think it is,” Ritchie said. “Had we not had this type of tool, it would have been a shot in the dark, like we did with old-school print advertising.” 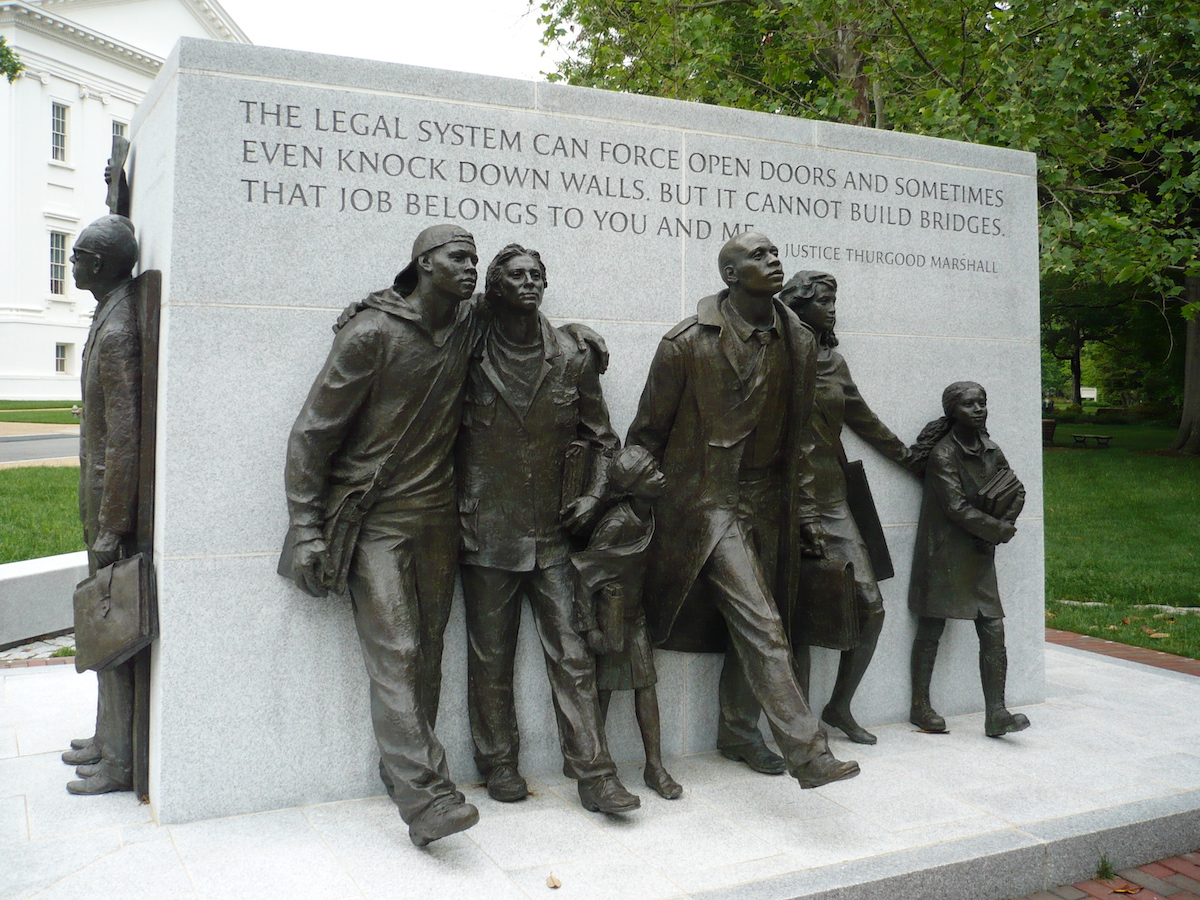 A wider group at RRT, including its board, management and content team, has come to use data from Tourism Sentiment Index as Ritchie has invested time to help them understand what they can learn from the destination’s Tourism Sentiment Score®.

“I see it as a good barometer for the senior staff to have and get a general feeling of how we’re perceived in the marketplace,” Ritchie said.

Unlike data applications designed to track specific consumer actions to determine if a tactic worked at the right level or not, sentiment analysis assesses a large volume of online content and reveals the prevailing feelings in that content. It captures reputation, word of mouth, the whole brand impact for a destination.

“People see those scores [in TSI Live] and assume it’s pass or fail. There’s no pass or fail to this,” Ritchie said. “I help them understand it’s a relative meter to how you move positively or negatively, especially in relation to other DMOs.”

Often for destinations, positive sentiments come from the experiences and attractions that DMOs know are popular. Sometimes sentiment analysis can reveal an overlooked attraction. With the James River running through downtown and the city being surrounded by large green spaces, the Richmond area is home to a wide variety of birds, like thrashers, hawks, geese, kestrels, warblers, owls, woodpeckers, egrets and eagles. These birds are generating positive attention, and that is showing up in Tourism Sentiment Index.

“We see these birds all the time, even downtown. We take that for granted,” Ritchie said. “But we are consistently seeing bird watching as a positive thing on the radar. This is something that could be a great sidebar in the visitors’ guide. So let’s talk about that. Let’s reinforce something that’s positive.” 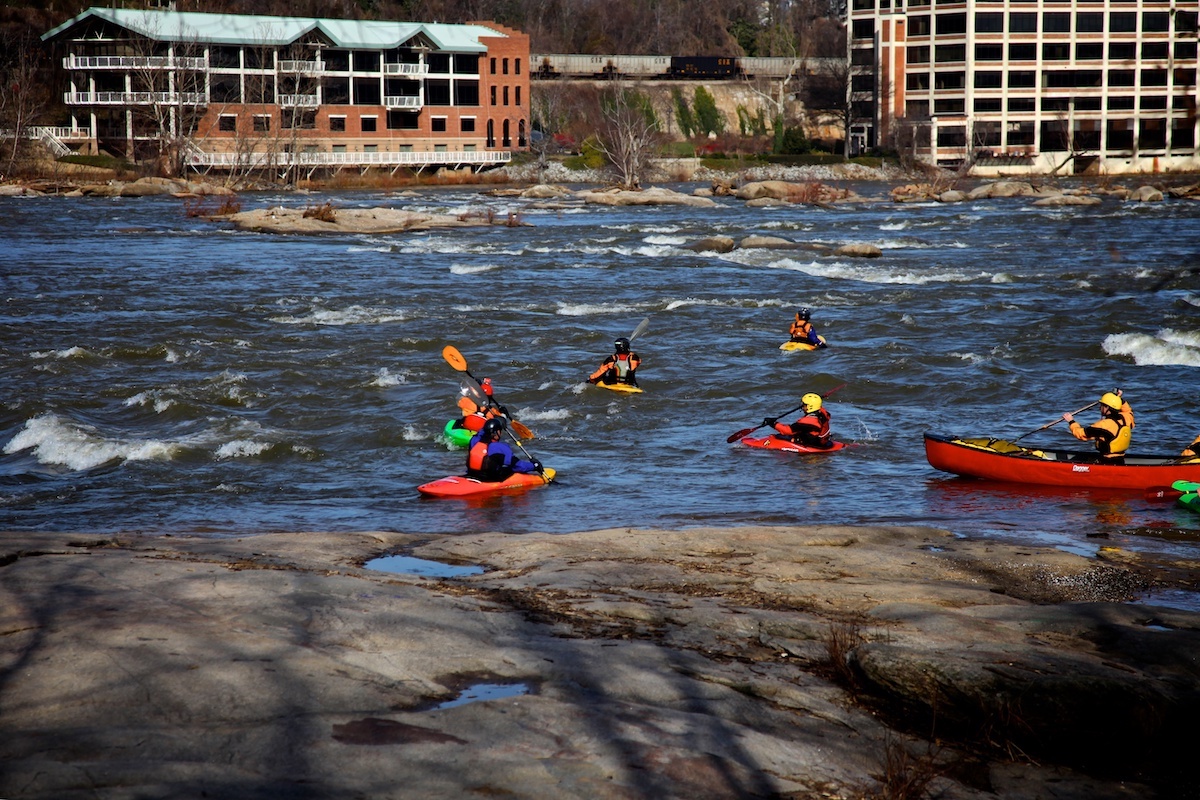 Kayakers on the James River that runs through the area covered by Richmond Region Tourism. Source: Tom Woodward

Looking at the results from sentiment analysis also means looking into what is being reported as negative. RRT has been able to better understand external factors affecting its Tourism Sentiment Score® by diving into what is behind both positive and negative results.

“Analytics will tell you what’s good and what’s bad. Knowing all that is good, because if you don’t know what people are concerned about, you’ll never be able to address it,” Ritchie said

In May, he observed a drop in Richmond’s Tourism Sentiment Score® and drilled into the various categories of tourism assets to understand what was happening.

“Our score took a nosedive, but that didn’t mean we were failing as a destination,” Ritchie said. “When gas prices went up, people were having concerns about travel.”

He found examples of social media conversations that expressed disappointment about not being able to drive to Richmond for a visit, because gas prices were too high. Richmond as a destination was desirable, but the conditions to travel were not. With evidence of negativity about traveling to Richmond, RRT took action with a campaign that was geofenced to locations within a set number of miles. The message: You can get to Richmond for your vacation on less than a tank of gas.

Understanding what potential visitors are feeling and why is important for any DMO. For Richmond, the opportunity to help potential visitors who could arrive by car is vital for two reasons: Road trips remain highly popular in the United States, and the drive market is massive for Richmond; the city is within a 500-mile radius of half of the U.S. population.

“Relevant is the key word to all of this. What’s relevant to our potential visitors and to our residents?” Ritchie said. “Having our finger on that social media pulse gives us the ability to reinforce positivity or address negative conversations.”

Sentiment analysis can help your destination, too

6 ways destinations are harnessing the power of visitor