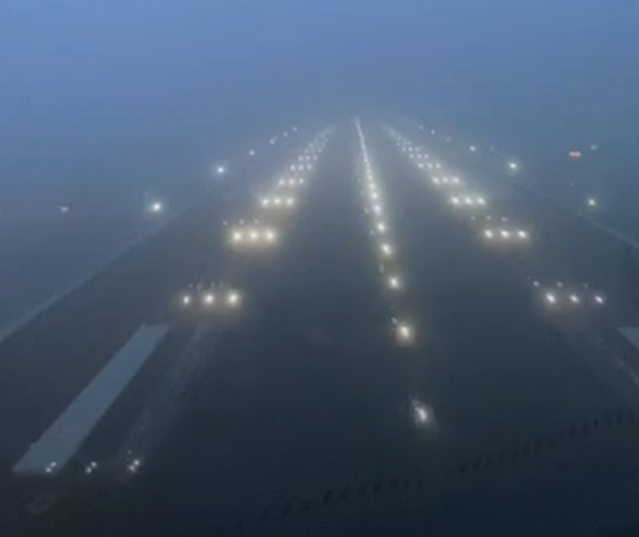 Christiaan takes up the story.

“Arriving at Liege just before sunrise, temperatures are dropping fast in the last half an hour before sunrise and unexpected layers of mist are filling the valleys below.

“A thick blanket of vapour and clouds completely obscuring the ground.

“Visibility is quickly turning below CAT I minimums, so there is not much choice left: it’ll be a CAT IIIA autoland.

“An update on the briefing and review about downgrade possibilities, operational status etc, alternate airports and their latest weather status. All pretty standard, but it has to be done.

“I feel sorry for my FO (first officer or co-pilot): it was supposed to be his landing, but I’ll have to take it from here: all CAT III landings are Captains-only.

“I promised him he’ll get the first landing next time we fly together again.

“Localizer captured, glide slope alive. No matter how many times I’ve done this before, it’s still kind of awkward and exciting to fly a massive, 300 metric ton aeroplane so close to the ground by solely relying on instruments.

“Passing through a grey void, the instruments calling out the altitude towards the ground and hoping the runway lights will show up just in time.

“Next challenge is driving home.”

Christiaan is one of the world’s leading aviation photographers and more of his work and more close encounter (s) can be found here.