Lewis could have made McDonnell Douglas the world’s leader 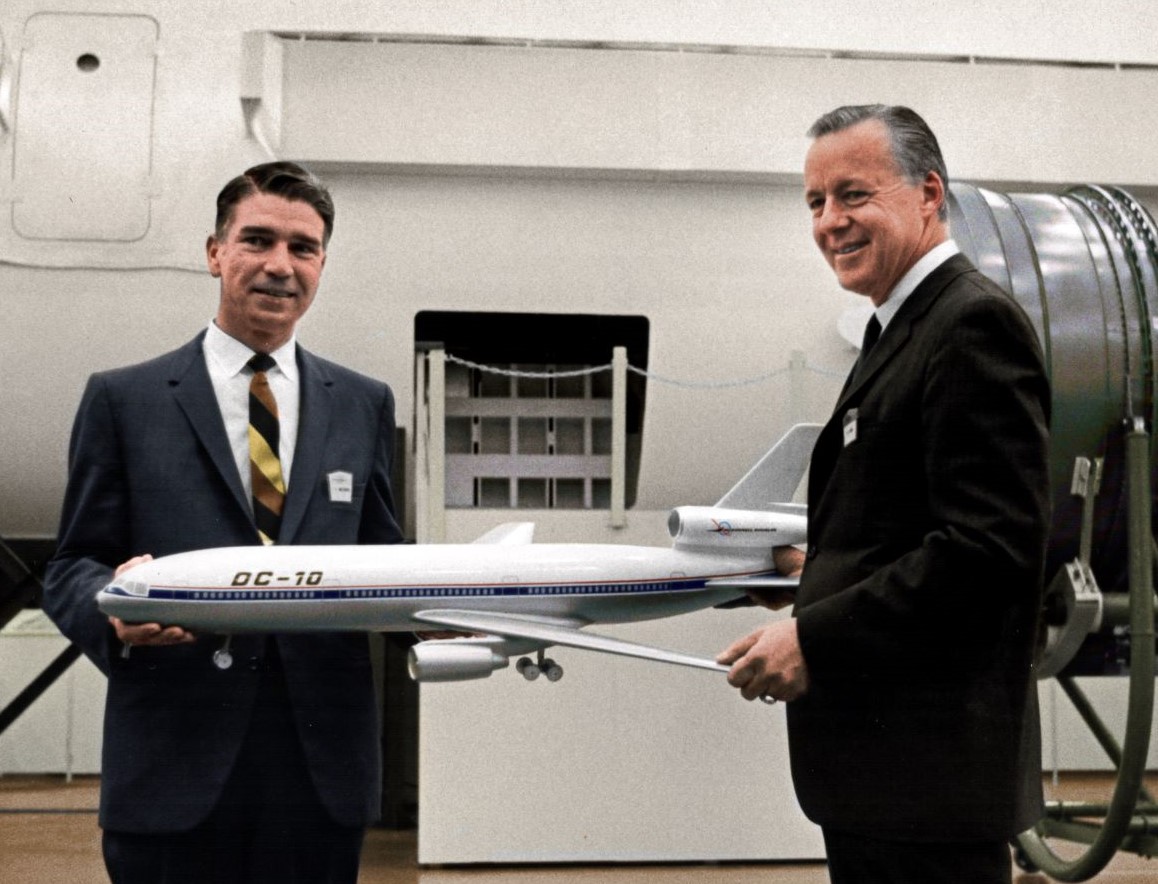 David Sloan Lewis Jnr could have made McDonnell Douglas the world’s leader in aerospace but incredibly shortsighted decisions by the late James McDonnell sent the corporation into decades of indecision and finally a merger with Boeing.

McDonnell was the preeminent producer of military fighters and spacecraft, while Douglas was a giant in civil airliners, launch rockets, and also a big player in fighters.

The problem was Mr James McDonnell (Mr Mac) founder and chairman of McDonnell Aircraft, and his son John didn’t understand the commercial market.

However, the then President of McDonnell Aircraft Company and its heir apparent David Lewis certainly did.

Mr Lewis was born in 1917 and grew up buried in aviation books and building model aircraft so it was no surprise that he went on to study aeronautical engineering at the Georgia Institute of Technology, where he graduated in 1939 with honours.

His first job, from 1939 to 1946, was with the Glenn L. Martin Company as an aerodynamicist, where we worked on a variety of designs including the B-26 Maruader.

In 1946, he joined the McDonnell Aircraft Corporation in St. Louis as chief of aerodynamics. His projects included the F2H Banshee, one of the first Navy jet aircraft, and an Air Force strategic interceptor, the F-101 Voodoo.

In 1952 he was made head of Advanced Design Studies and later that decade produced the F-4 Phantom II, an exceptionally successful plane with over 5,000 sold.

The first production model set 16 speed, altitude and time-to-climb records, and the F-4 was the only fighter to be flown by both the Navy Blue Angels and the Air Force Thunderbirds.

He was also active in McDonnell’s space division, leading the company’s winning bid to build the Mercury and Gemini spacecraft. In 1962, he was named McDonnell’s President and Chief Operating Officer.

When McDonnell merged with Douglas Aircraft in 1967, he became Chairman of the Douglas Division and successfully accelerated the lagging production of DC-8 and DC-9 aircraft.

The numbers were staggering; Within 18 months of Lewis taking over open man-hours on the DC-8 dropped from 22,000 to just 47 and both the DC-8 and DC-8 were back on schedule.

But when the DC-10 was launched Mr Mac overrode the advice on pricing from Mr Lewis and then President of Douglas Aircraft, Jackson McGowan. MDC could have had the trijet market to themselves as key Lockheed Tristar customers Eastern Airlines and Delta Air Lines both long-time Douglas customers, wanted the DC-10 but Mr Mac would not match Lockheed’s pricing.

The late Mr McGowan told the author that Dave Lewis was an “outstanding aerodynamicist, manager and a people person.”

“Dave was so much like Don Douglas Senior, employees would do anything for him and customers loved him.”

In a 1988 edition of the McDonnell Douglas staff magazine Spirit, commemorating the 20th year since the merger, the Director of Business Planning Sieg Strange said, “In the case of the DC-10, it was Jack McGowan and David Lewis trying to convince Mr Mac that there was an opportunity to literally make the DC-10 the only wide-body tri-jet. But there was a lack of understanding about how airlines made decisions, which circumvented some opportunities.”

John McDonnell’s cousin, Sandford McDonnell, who became President and CEO of McDonnell Douglas in 1972, in the same edition of the Spirit conceded that many opportunities were missed. He said that “Douglas (McGowan, Lewis & Brizendine) felt they knew how to run the commercial business better than we and they were probably right.”

Mr Lewis resigned from MDC on October 30 1970 to head General Dynamics, after it became clear that the succession plan involved the McDonnell family and not Mr Lewis despite his extraordinary design credentials and people skills.

At General Dynamics, he guided the development of the Trident nuclear submarine and F-16 fighter and steered the company from a $6.9 million loss in 1970 to a profit of $381.7 million in 1984.

While he was Chairman and Chief Executive from early 1971 until 1985, General Dynamics designed or built the Los Angeles-class fast-attack submarines, Trident submarines, M1 Abrams tanks and the first ships built to transport liquefied natural gas.

In 1975, in an indication of the return of General Dynamics from financial peril, it won what was called ”the arms deal of the century” when the F-16 was chosen as the standard fighter of four NATO countries.