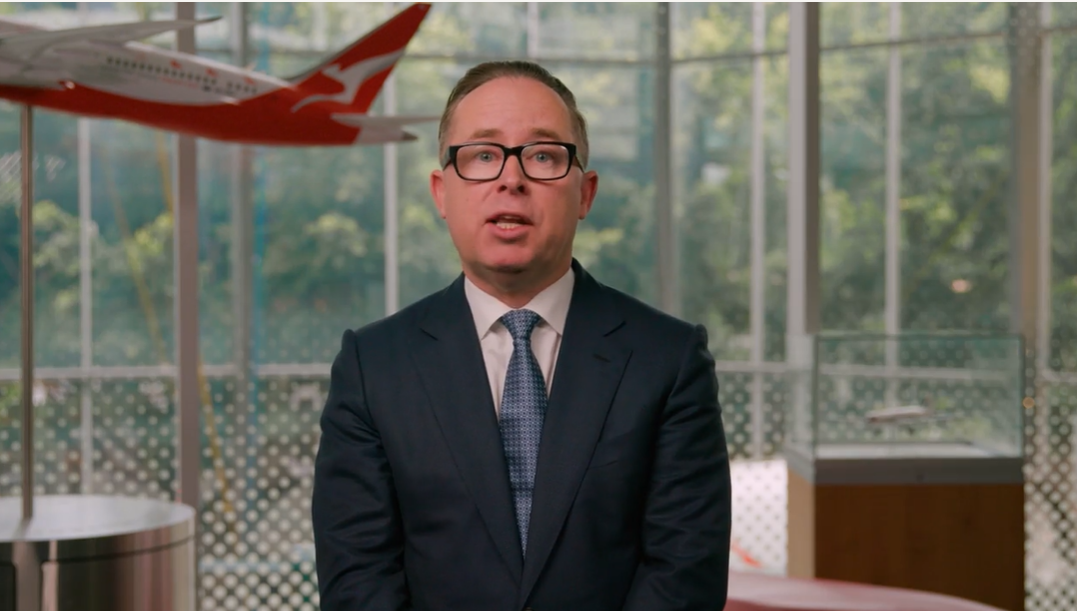 Qantas is apologising for recent delays and is reaching out to millions of its customers to thank them for their patience with a range of gifts for its millions of frequent flyers.

Airlines around the world have been battered by high levels of COVID sickness and isolation requirements as well as an industry-wide labour shortage.

Speaking directly to Frequent Flyers via an email and video message, Qantas Group chief executive Alan Joyce has acknowledged while it was great to see people back on board after so long on the ground, the return to flying hasn’t all gone smoothly.

“Over the past few months, too many of you have had flights delayed, flights cancelled and bags misplaced. There are good reasons why, but when it comes to what you expect from Qantas, it’s not good enough,” Mr Joyce said.

“On behalf of the national carrier, I want to apologise and assure you that we’re working hard to get back to our best.

“We’re already seeing a sustained improvement in baggage handling and on-time performance, and while factors out of our control like weather can have an impact on our schedule, we expect things to keep improving each week.”

Mr Joyce said that as well as saying sorry, we also want to say thank you.

“We’re investing in a range of initiatives including status extensions for Frequent Flyers Silver and above, thousands of Qantas Points and lounge passes. All our Frequent Flyers in Australia and New Zealand will be offered $50 towards a return Qantas flight, which equates to many millions in discounts,” added Mr Joyce.

Qantas will also extend its commitment of up to 50 per cent more Classic Reward seat availability through to 30 June 2023 with the first tranche of additional seats released from 12pm today across international and domestic flights. Reward seats are booked using Qantas Points.

Qantas first announced its commitment to increasing Classic Reward seats in October last year. Since then, Frequent Flyers have redeemed more than 80 billion Qantas Points, with one in every 11 passengers carried by Qantas flying a reward seat.

An email will be sent to Qantas Frequent Flyers from today with details on the offers along with a video message from Qantas Group CEO Alan Joyce with a direct apology to customers for the airline’s recent performance issues.

Status extension:
12 months status extension across tiered members Silver and above to continue to enjoy the benefits associated with their tier for another year.

Classic Reward availability extension:
Extension of previously announced commitment of up to 50 per cent more reward seat availability on Qantas
International, trans-Tasman and popular domestic routes until 30 June 2023 being released progressively from Monday.