STUNNING PICTURES OF THE HIMALAYAS FROM 747 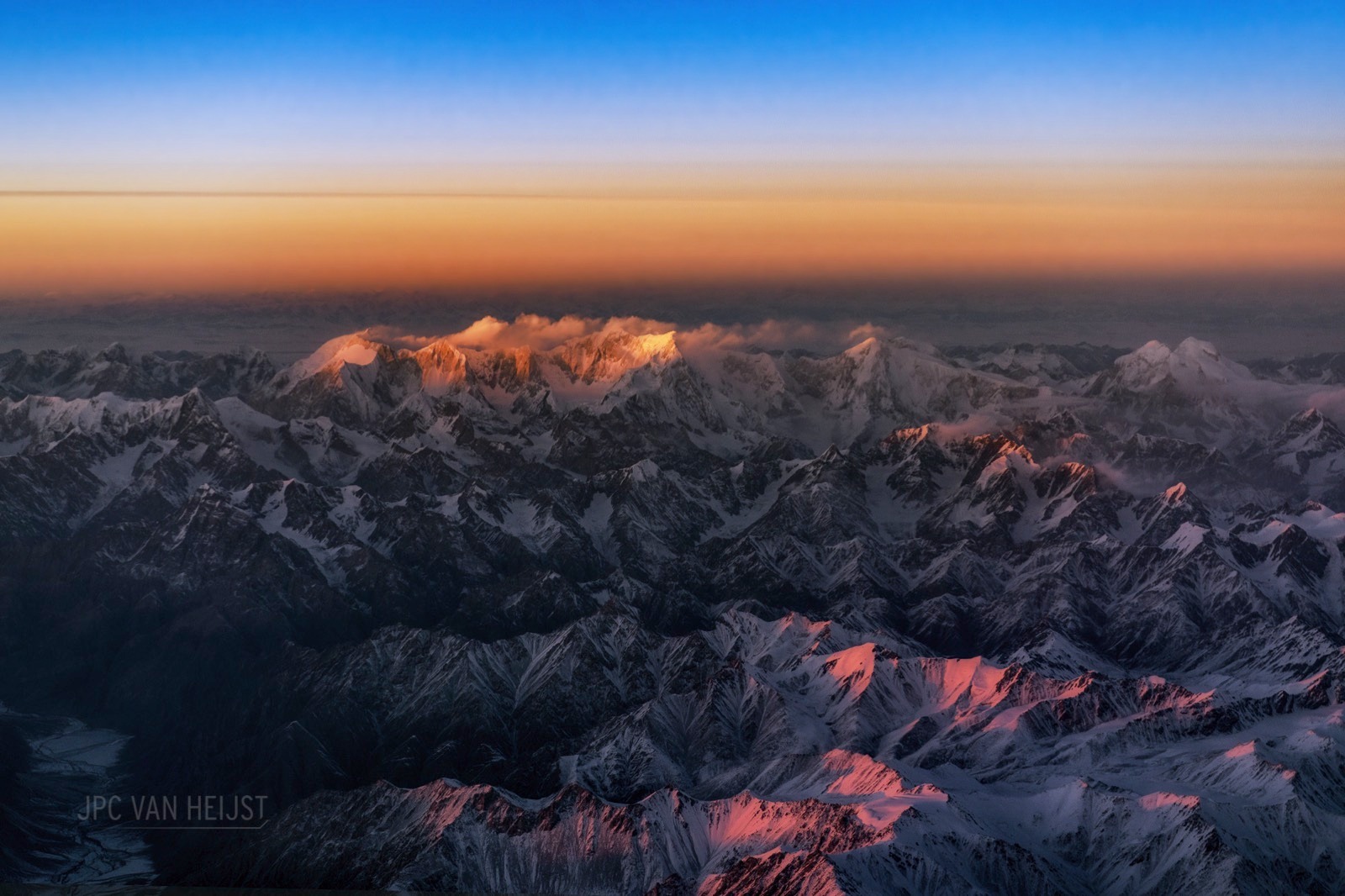 Captain Christiaan van Heijst has captured some stunning pictures of the Himalayas and Tian Shan mountain ranges at sunset.

Christiaan van Heijst a 747 captain takes up the story;

With Russian airspace closed off for European airplanes, it has become quite a challenge to transport the high demand of goods from China to Europe.

The longer southerly route comes with quite a few complications, but the scenery makes up for some of it.

Travelling the legendary Silk Road like a modern breed of aerial explorers, the endless empty steppes of Kazakhstan floated by. Followed by a rarely seen part of the world: the northern Himalayas and Tian Shan mountain range.

I’ve flown these airways numerous times, but I’m always impressed by the scenery here. A landscape so remote and inhospitable it could well have been another planet entirely.

Peaks by the hundreds, each and all of them belonging to the world’s highest: most of them never climbed, conquered or named. I wonder if some of these valleys have ever been visited by human beings at all.

Perhaps only seen from above by a few lucky pilots. Photographed by even fewer. The return flight was more than spectacular as the last light of day was illuminating a handful of summits in gentle hues of pink and orange.

Skies to the south were exceptionally clear and I nudged my colleague by his shoulders: “Look at that…”He looked up and expressed his admiration in no uncertain terms: the rugged line of the Karakoram mountains on the border of Pakistan, China and Afghanistan in the southwestern part of the Himalayas. Some of the highest peaks in the world, including the infamous K2.

Two Dutch pilots, born and raised below sea level in the flattest country, flying across the roof of the world.

Christiaan is one of the world’s leading aviation photographers and more of his work and close encounter (s) can be found here.